I started weaving in 1968, when I was 23, after a long trip to Sweden and Finland. In 1961-1962 I studied in New York with Lily Blumenau, then in summer 1962 I was at the Haystack Mountain School of Crafts, Deer Isle, Maine, as an assistant in that weaving workshop/studio. In 1962-1963 I studied with Trude Guermonprez at the California College of Arts and Crafts, Oakland, and I worked for some time with Jack Lenor Larsen in New York. Back in Italy, I lived in Milan, Naples and then again in Milan, and I taught weaving both in schools and to teachers in courses organized by the unions to train them in setting up free educational activities for pupils of various age levels. In the 1970s I took some summer courses in England with Ann Sutton. In 1968 I settled in Milan for good and I started my own studio, Studio di Tessitura Paola Besana, a workshop and center for research, production and teaching.

What interests me most in weaving is its three-dimensional aspect, and I’m always striving to exploit the structural and expressive possibilities given by the contrast and combination of weaves, materials and colors. A piece of cloth can become a three-dimensional object, by exploiting the layers in double weave, which can open up in space and become a sculpture. In my research on the backstrap loom I use continuous warps, sometimes knotted ones, to create forms without beginning or end, in a personal re-interpretation of ancient techniques that are dying out. See

Alongside my main activity as an artist and researcher, I’ve also been a designer and producer in interior decoration, fashion and industrial textile design. In the 1970-1990s, together with my then associates Paola Bonfante and Lalla Ranza, I designed and wove costumes for a production of Wagner’s Parsifal at La Scala Theater in Milan, 680 wall-hangings for the cabins of the Costa Classica holiday cruiser and four large wall-hangings for the lounges of Costa Romantica, as well as numerous collections of handbags for American, Japanese and Italian customers, textile furnishings for private clients, two small yearly fashion collections presented in our studio, and several collections of handbags and textile accessories for US, Japanese and Italian clients. See

I think that a thorough knowledge of all textile structures, even the most elementary ones, and their history can lead to their creative use with original variations and developments. Since only recently and in few schools in Italy is weaving taught as a form of art and creative research, I’ve always put teaching at the forefront of my activity, with full-time courses and seminars in my studio on a score of different topics. Interconnection between courses is something I’ve always tried to achieve, in order to offer programs that could gradually and systematically develop both technical and designing abilities in weaving, and a sense of the aesthetic and communicative values of textiles. Over several years my studio offered also a professional two-year course. I gave professional courses for institutions in various parts of Italy and in Switzerland, and I also taught for several years at the Istituto Europeo del Design in Milan e in Cagliari. For all my courses I provide detailed course notes and my library is open to students for consultation. See

I’m fascinated by the structural aspect of all textile forms, not just the woven ones. I’m interested in lace, sprang, four-selvedge weaving, scaffolded weaving. I attended courses on lace and embroidery recognition with Tessy Schoenholzer Nichols. I traveled in Europe, Syria, the United States, Mexico, Guatemala, Colombia, Peru and Bolivia (with Ed Franquemont), where I was able to see, photograph and try out many ethnic weaving techniques and collect artefacts and ethnic looms. In 2001-2002, together with a group of students, I studied and reconstructed the looms I had bought in South America, and designed modern textiles using Andean techniques (see Collana senza capo né coda). My collection of textile structures and objects, put together over the years, goes from mason’s wire sieves to delicate needle lace and bobbin lace and samples for all the techniques I teach. I have also collected and catalogued a textile library of almost 2.000 titles, which is open to students and researchers on appointment. See

Exhibitions and gifts to museums 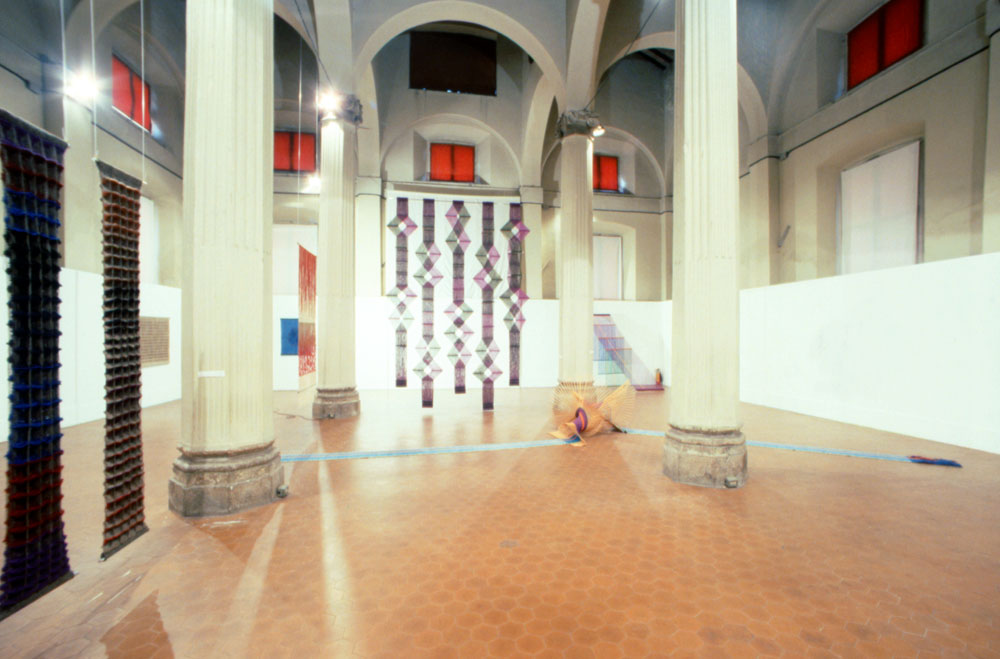 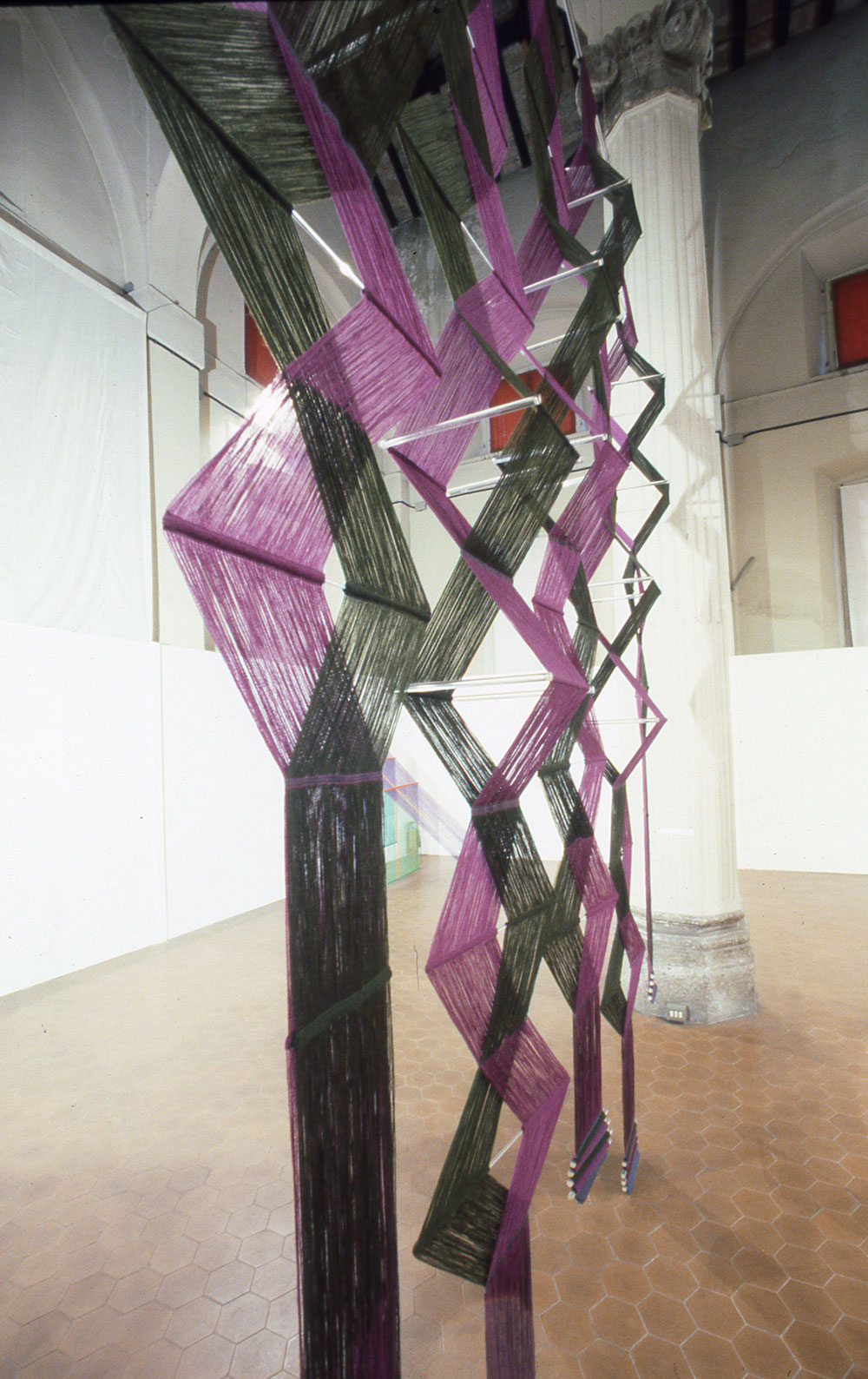 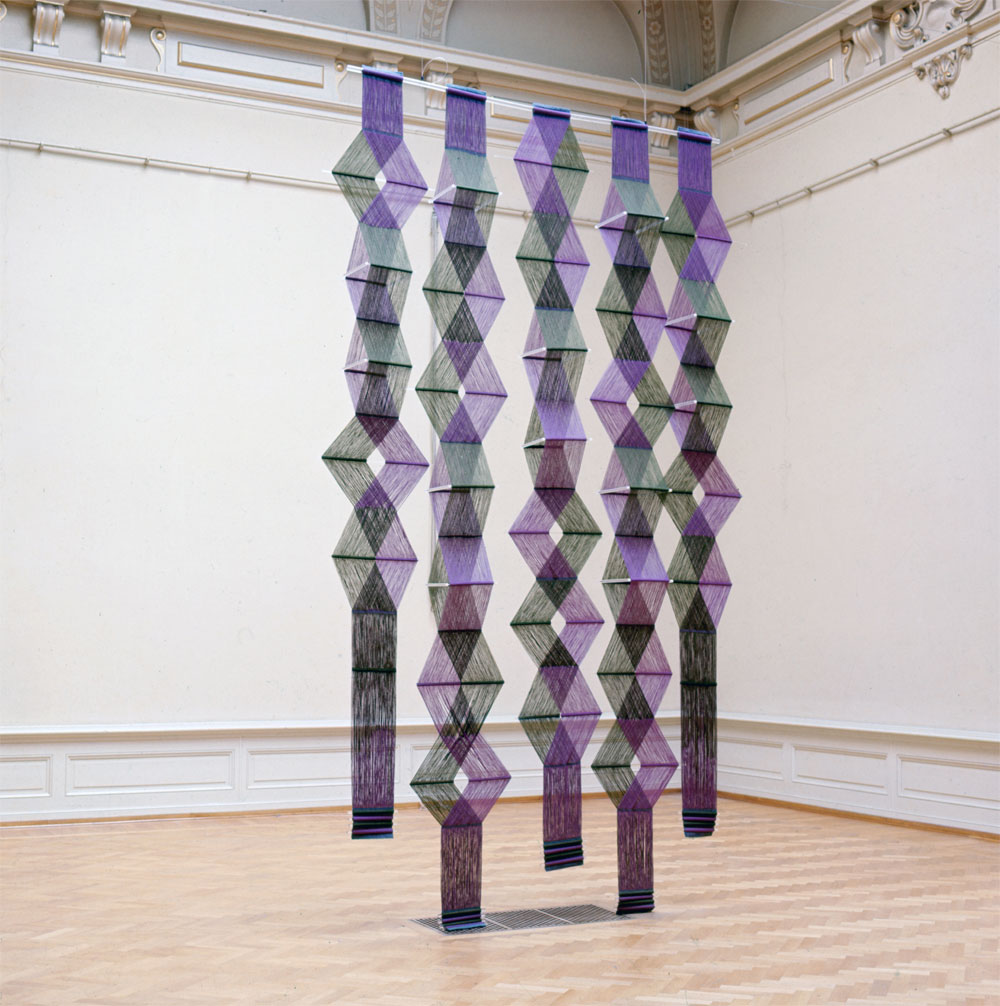 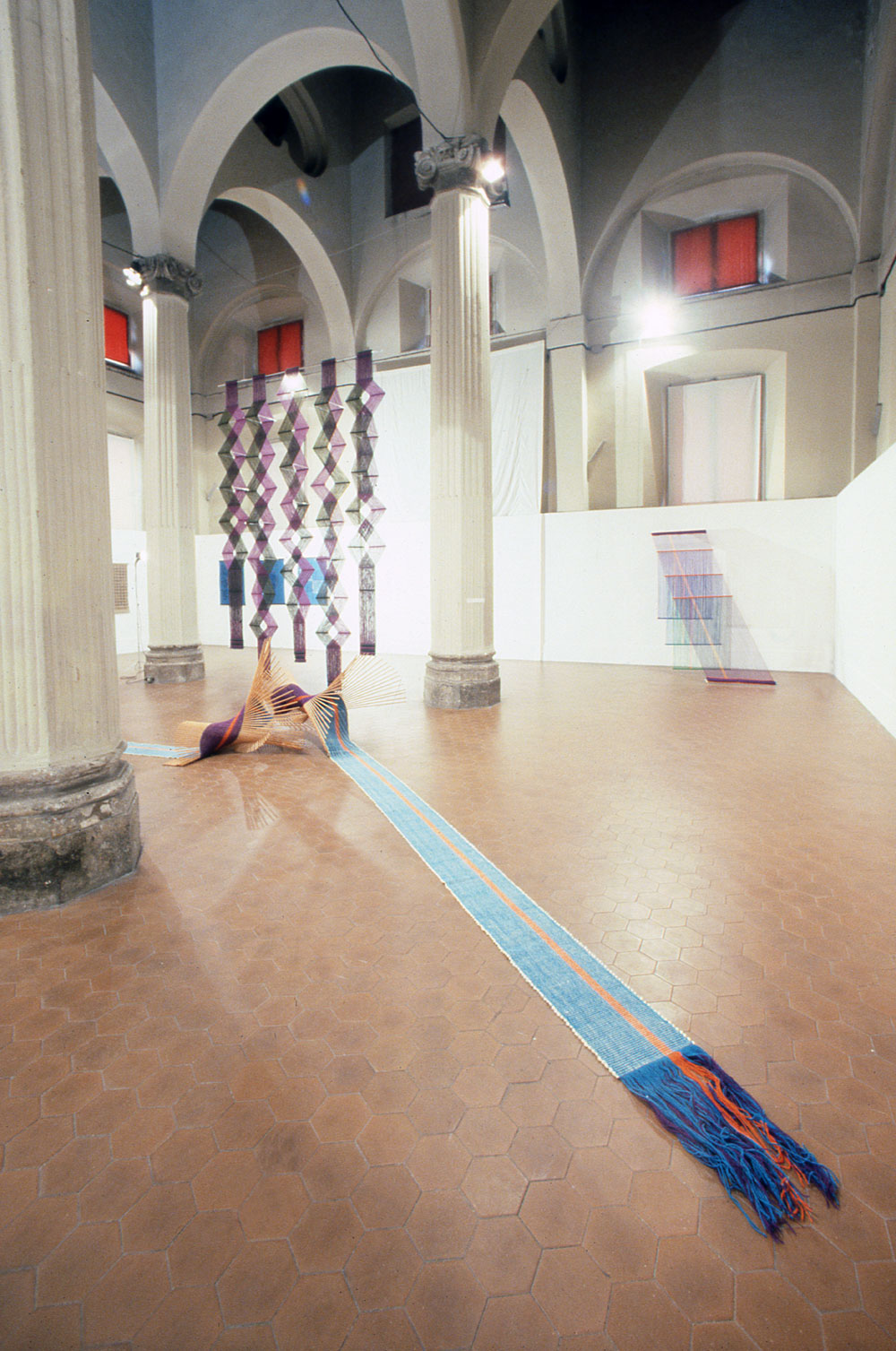 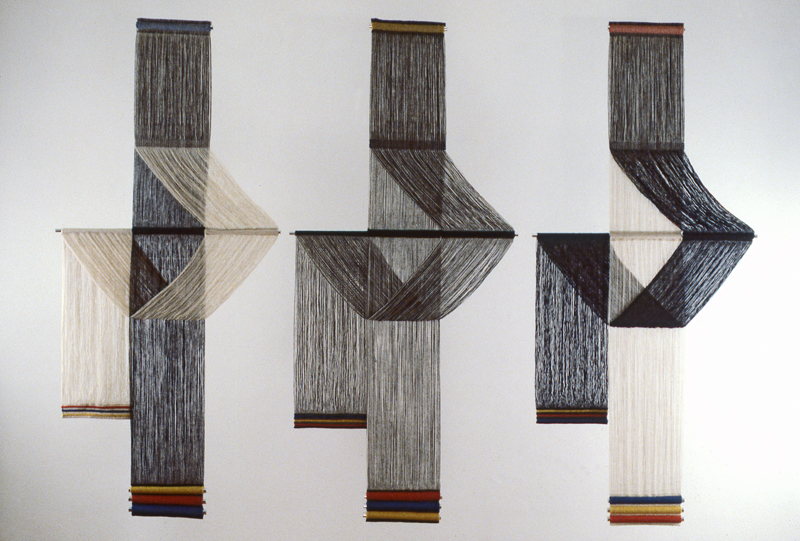 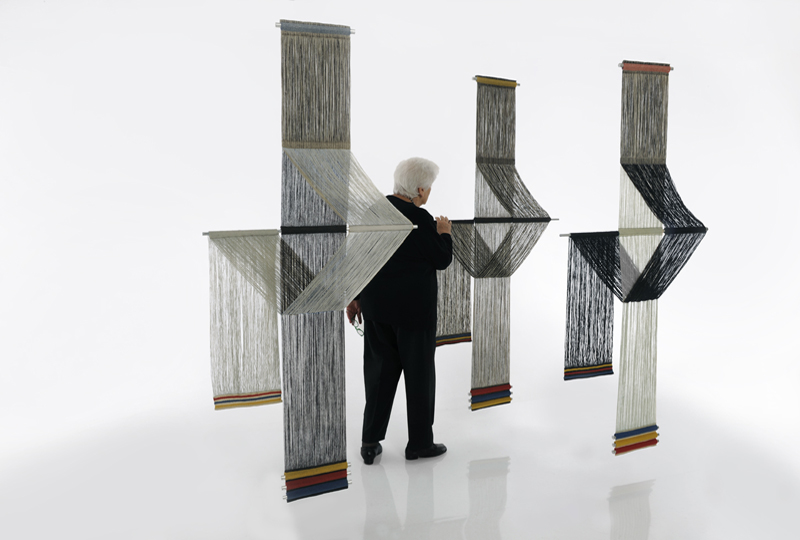 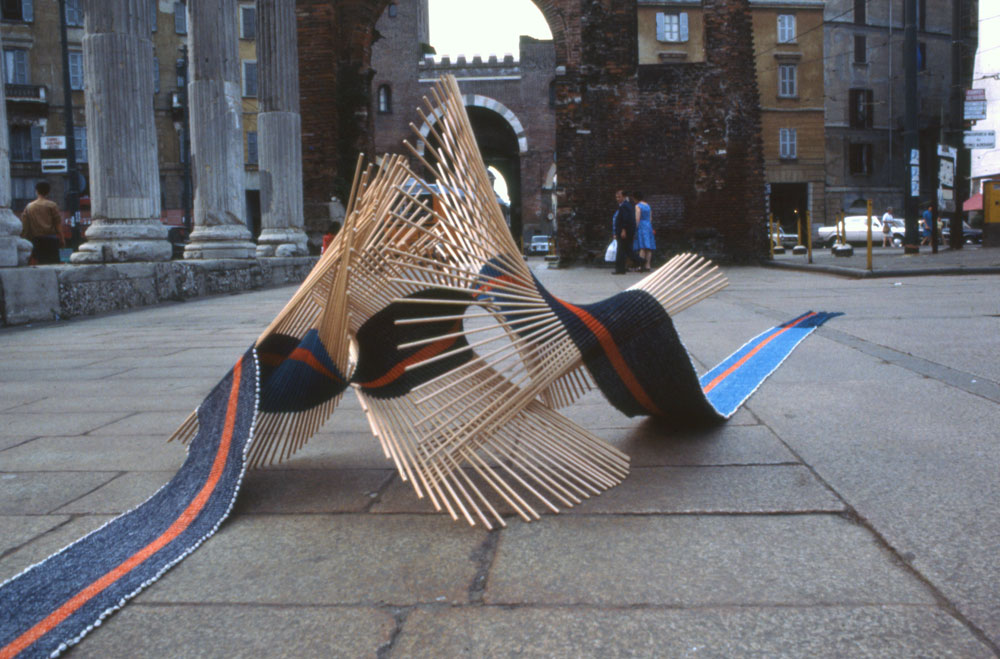 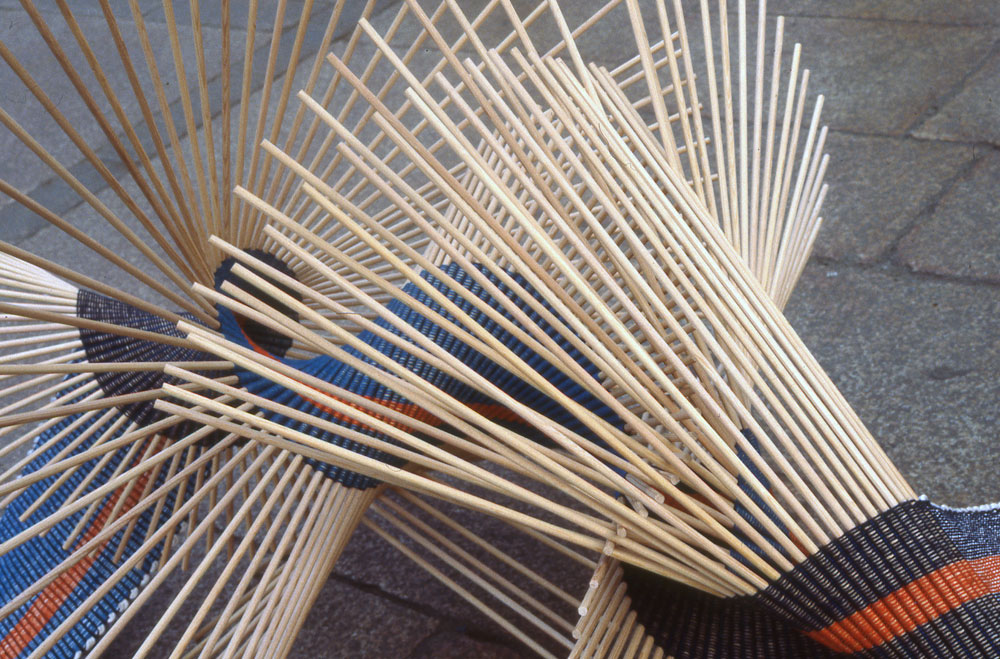 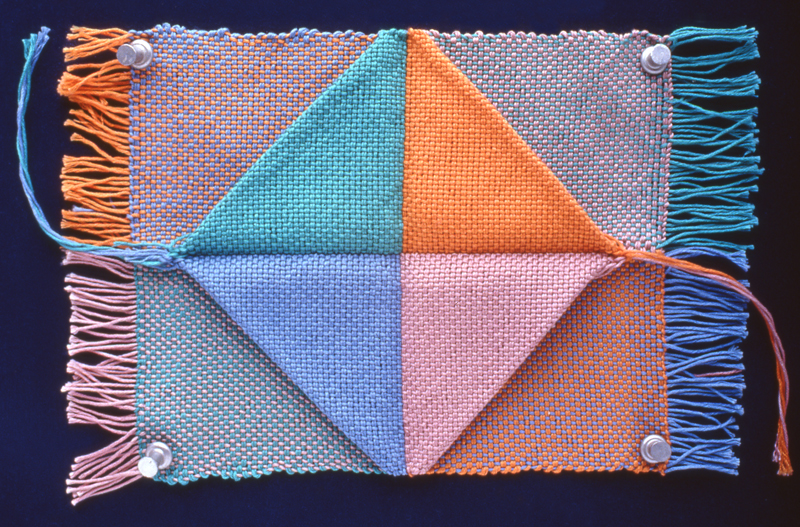 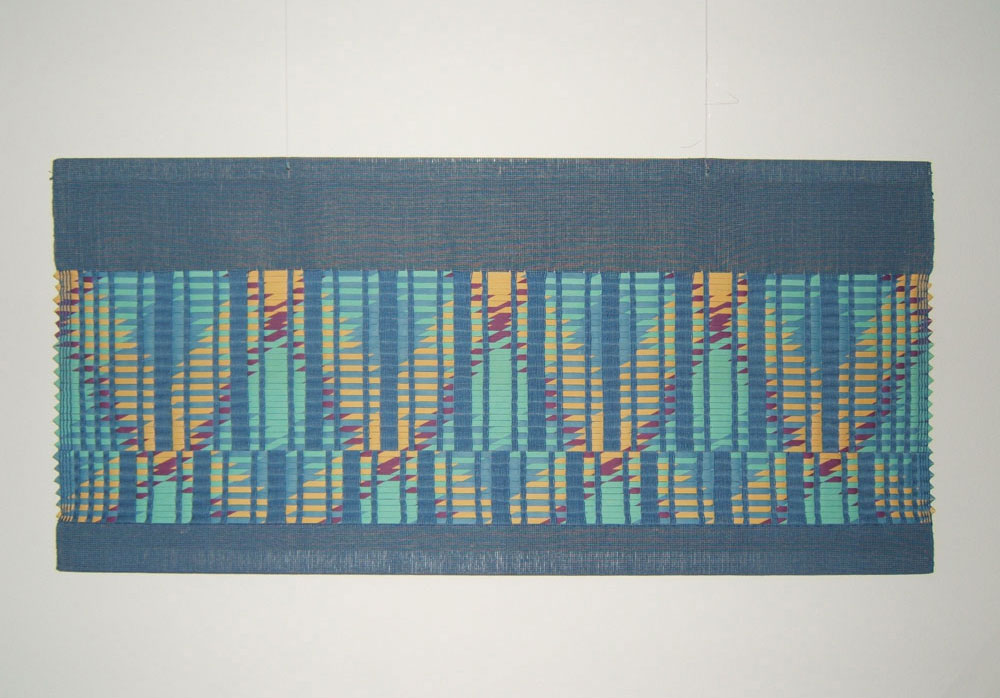 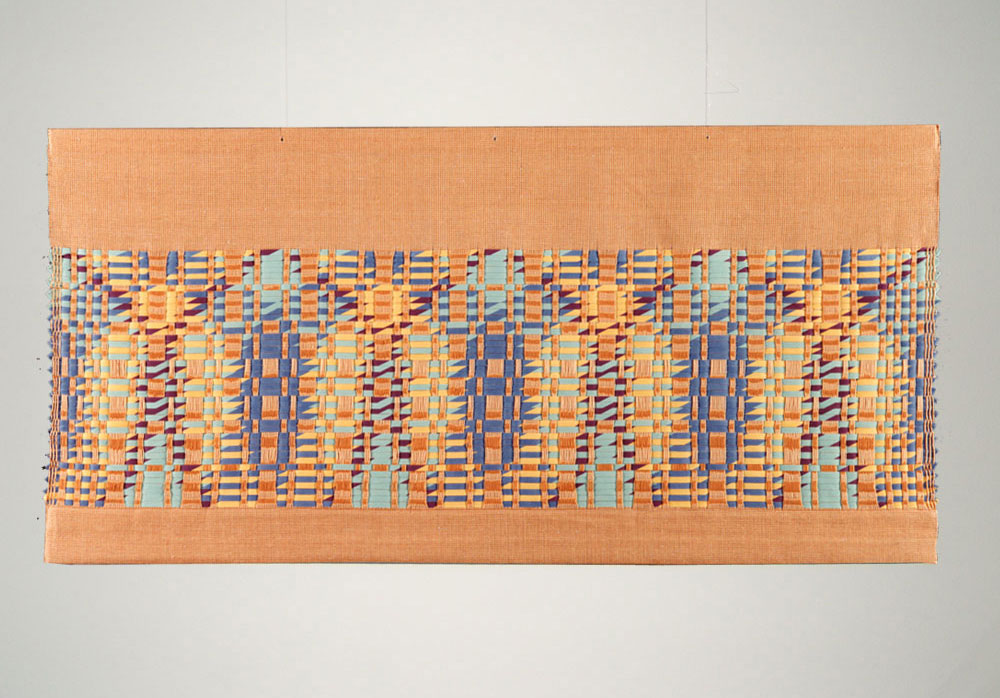 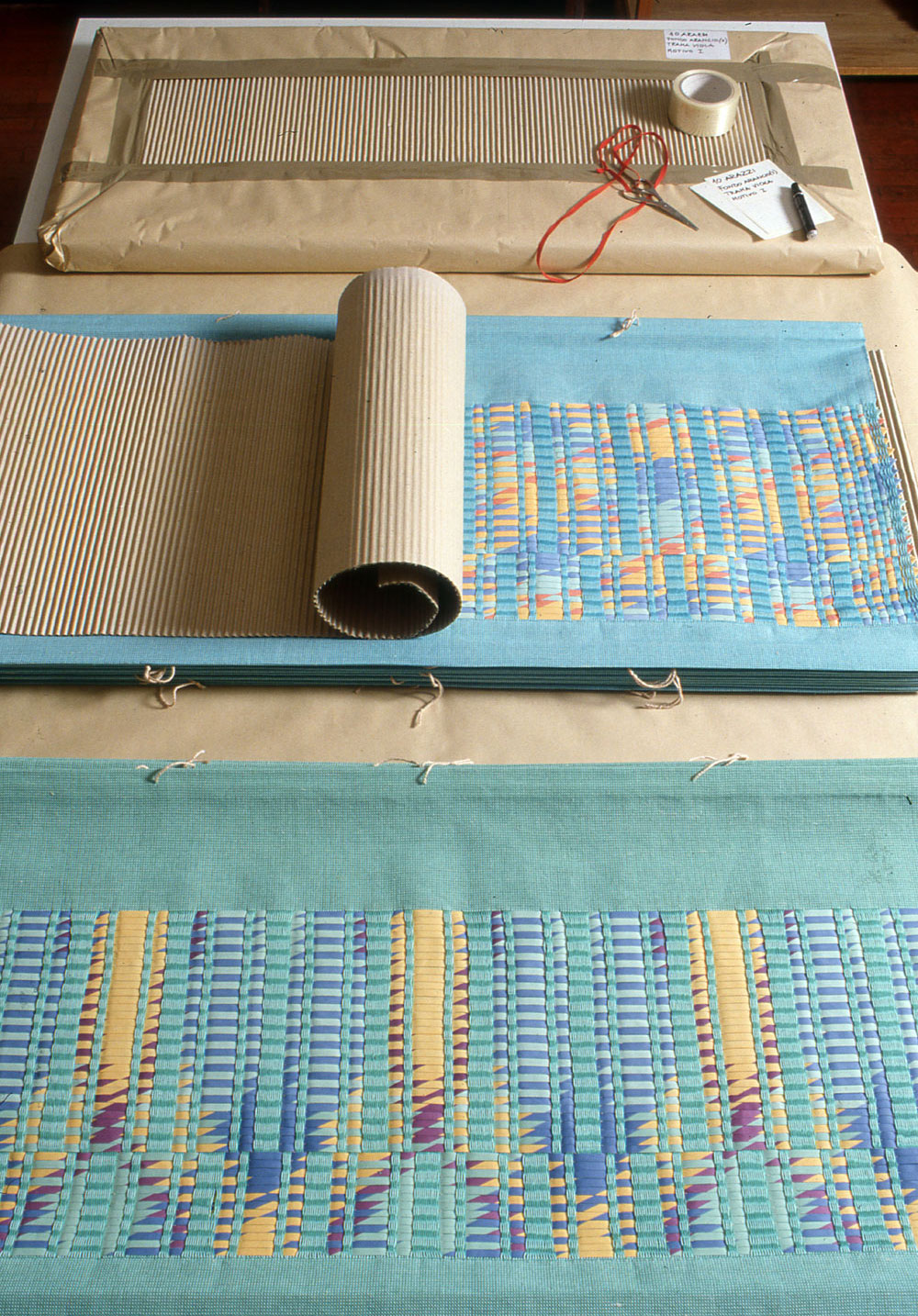 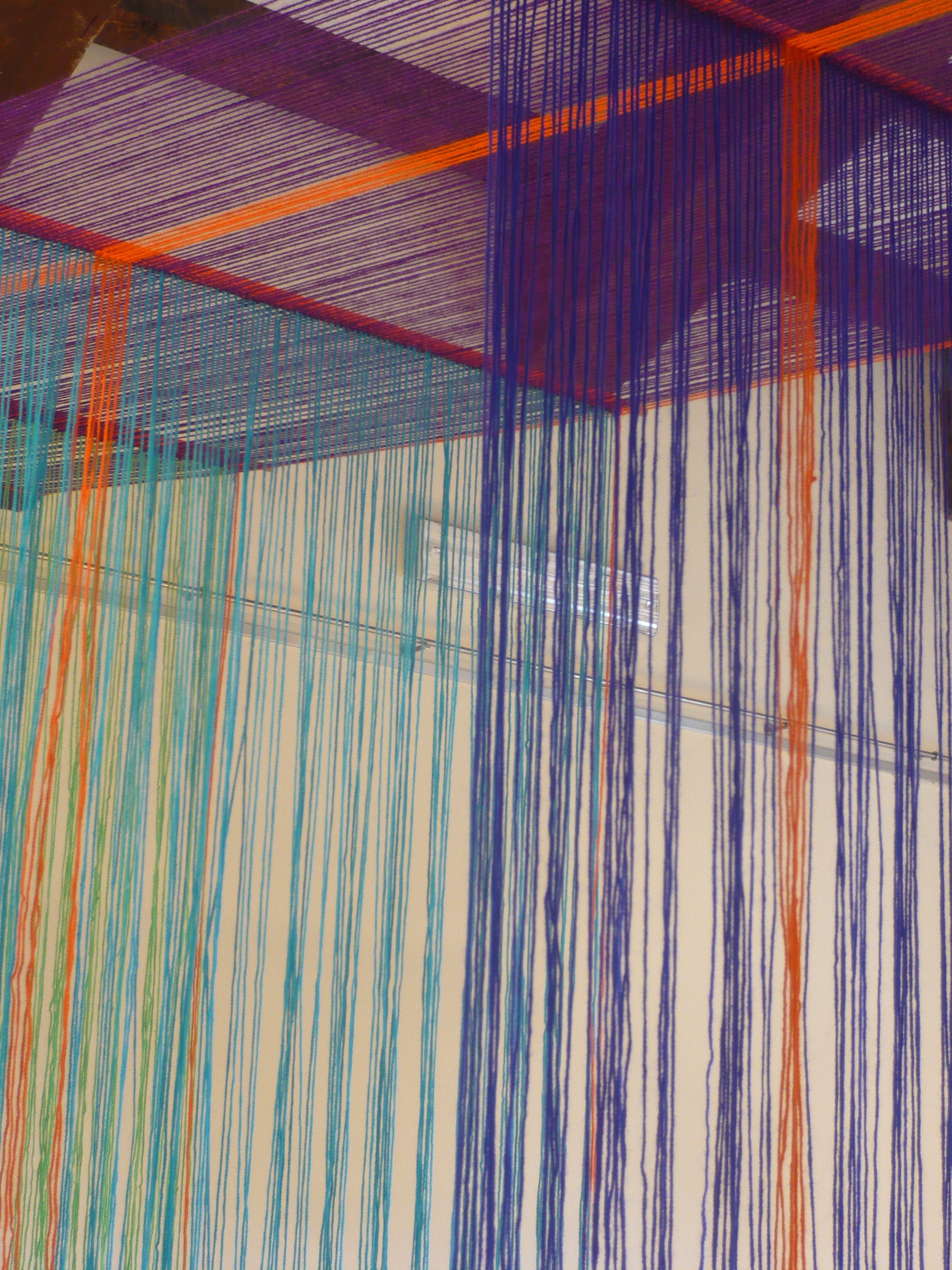 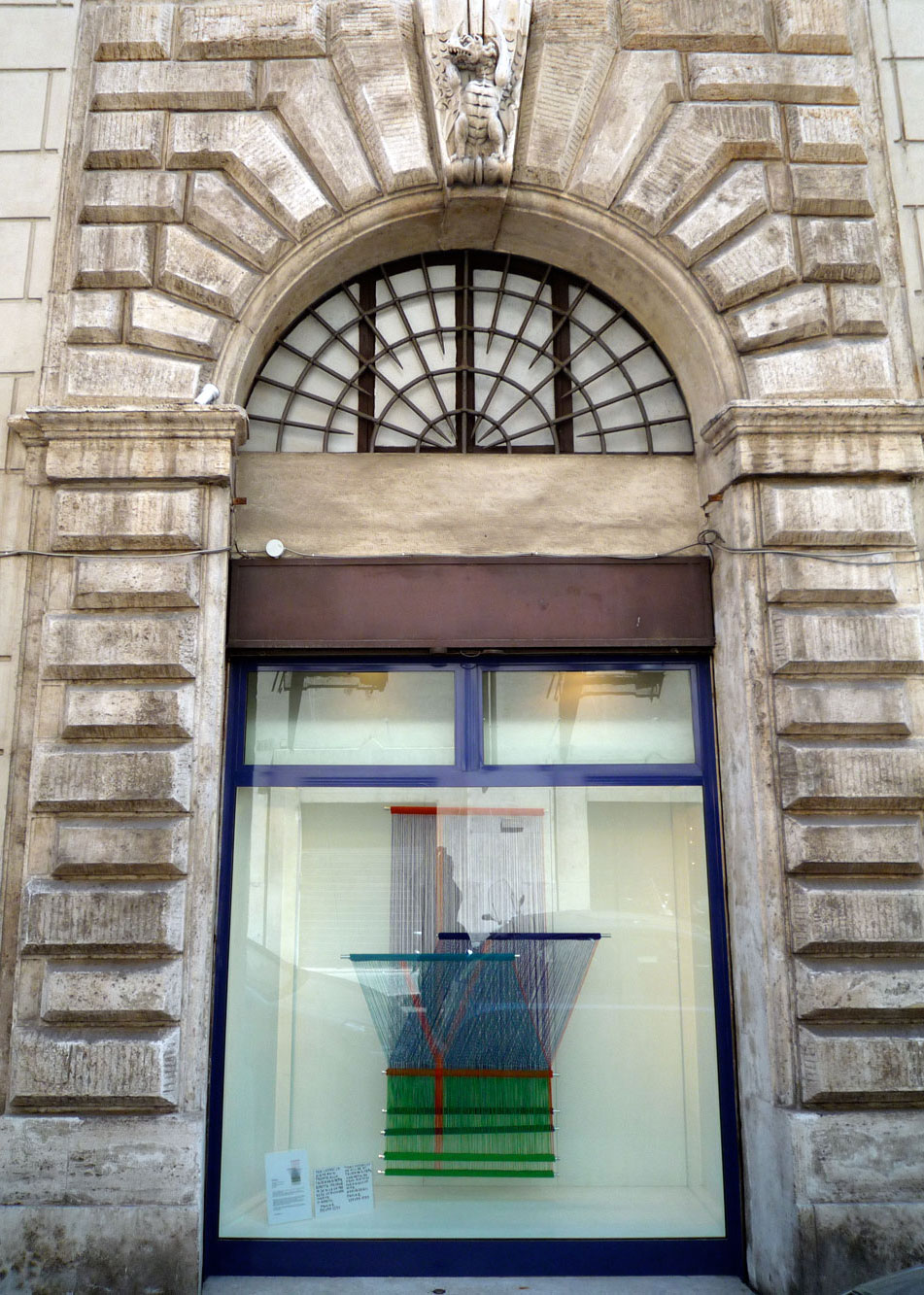 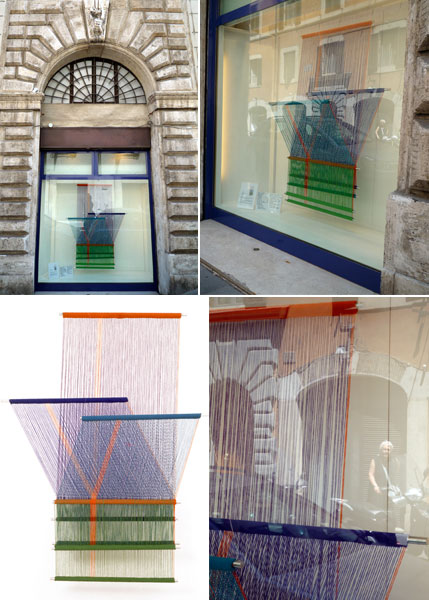 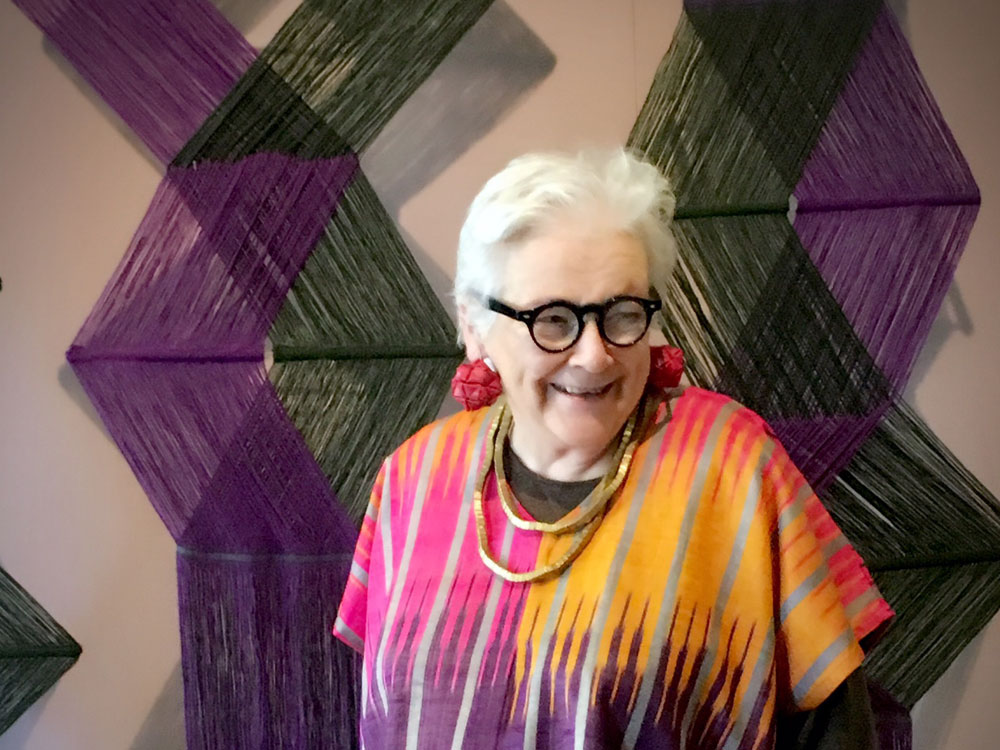 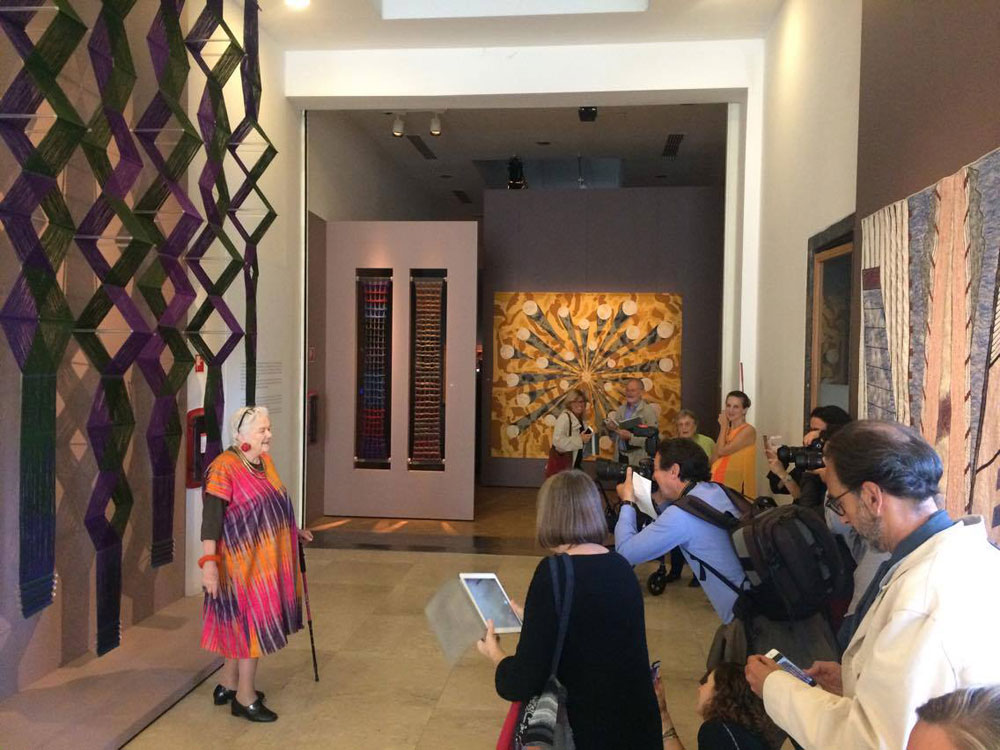